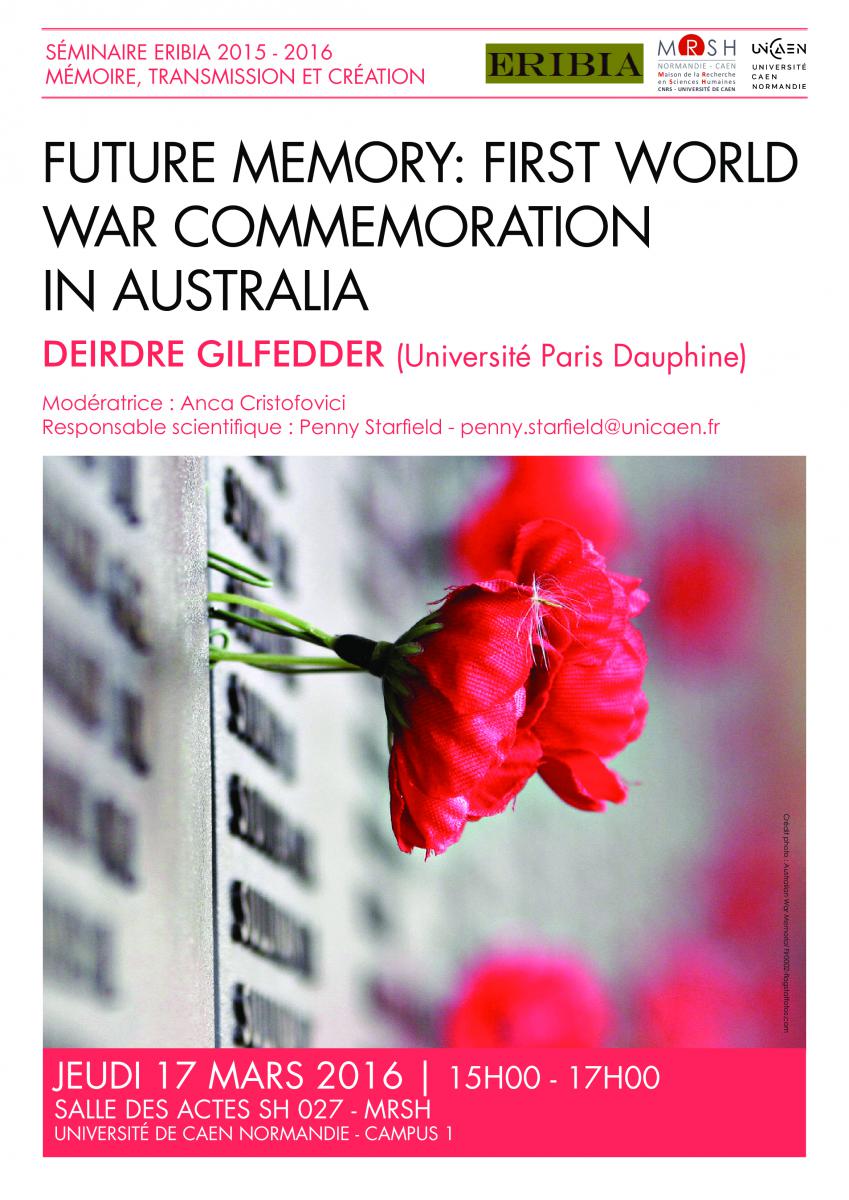 The Anzac tradition in Australia, the invention of Anzac Day and the raising of war memorials after the First World War, is clearly an example of what Eric Hobsbawm labelled an invented tradition, one which reimagined the newly federated community as a nation. It is also an excellent example of Andersonian ‘simultaneous and anonymous’ nationalism where co-ordinated rituals constituted the technology of an emerging national consciousness, organised through collective memory.  Anzac Day, since 1916, has been attributed with ‘birthing’ the nation. However, this idea was controversial in the war and post-war years, and it is still unclear what kind of nation was imagined as Australia remained firmly within the British Empire until the mid-century. This paper will present the invention of Anzac Day and the raising of memorials as a technology of future memory, for a dominion nation in mourning and hope for a better future.

Deirdre Gilfedder was born and raised in Australia but now lives and teaches in Paris, France at the Université de Paris Dauphine where she is Professor of English. She works on Australian history and memory; visual culture; cultural studies; British Empire and Commonwealth studies as well as film, media and literature.

She is the author of the following works among others…

- « The King’s Speech : an Allegory of Imperial Rapport » in The British Monarchy on Screen. Manchester University Press. 2016.